1. By improving the crystallinity and mechanical deformation of the material, the structure of the material is changed, and the slender hole channel is formed to prevent the charge drift.

2. An additive with charge storage property is introduced to generate charge trap to capture charge.

The polarization of electrets made of nonpolar materials is mainly caused by space charge. There are two types of space charge: one is called the same sign charge and the other is the different sign charge. The former is due to the existence of conductance between the dielectric and the electrode or the electric breakdown near the dielectric surface under the action of strong electric field, which makes the electrode charge injection into the dielectric; thus, the polarity of the injected space charge is the same as that of the adjacent electrode. The polarity of the different charge is opposite to that of the adjacent electrode, which is mainly due to the charge separation and trapping in the dielectric. The electret charge formed by dipole orientation in polar dielectrics is another type of opposite sign charge.

The process of melt blown electrostatic electret is to add tourmaline, silicon dioxide, zirconium phosphate and other inorganic materials into PP polymer in advance, and then charge the melt blown material through one or more groups of corona discharge with the needle electrode voltage of 5-10kv before rolling cloth. When high voltage is applied, the air under the needle tip will produce corona ionization, resulting in partial breakdown discharge, and the carrier will pass through Under the action of over electric field, some carriers will go deep into the surface layer and be trapped by electret masterbatch, which makes the melt blown cloth become electret filter material. 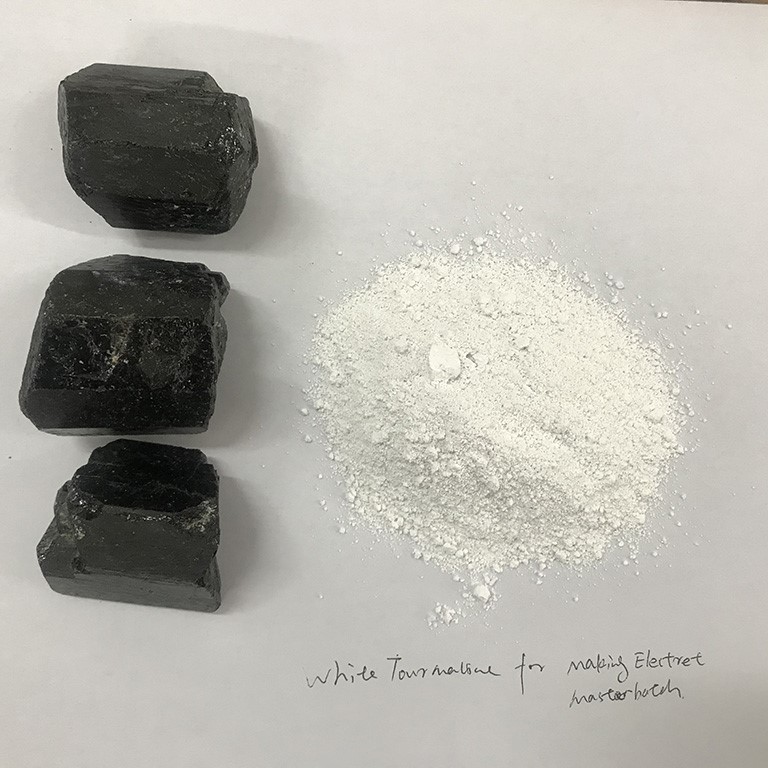